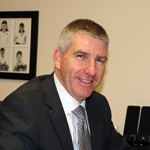 Paul was admitted to practice in 1987, having graduated from QUT with honours. Paul became a partner in 1997 in another Brisbane firm and in 2003, together with Jason Richards, formed Harding Richards Lawyers.

Paul’s more than 25 years as a lawyer means he has a wealth of experience in most facets of a commercial legal practice, including property (commercial and residential), business structuring and acquisitions, commercial and retail leasing, banking and finance.

The other area of Paul’s focus has been asset and estate planning.  This encompasses a wide range of issues from asset structuring and simple wills through to more complex testamentary trust wills.  Paul has also advised and acted extensively in deceased estates.

Paul’s knowledge and experience means that he is able to represent clients through all stages of their lives from wealth creation and protection to estate planning, succession and administration.  As a result Paul’s clients feel safe in the knowledge that he will always be able to assist them no matter what their needs may be.  Paul has grown the firm through referrals from other professionals and clients as well as repeat work which is a credit to his hard work and dedication to his clients. 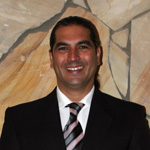 Jason was admitted to practice in 1997, having graduated from James Cook University in 1997.  In 2001 he completed a Master of Laws at QUT and was made a partner in another Brisbane firm, before forming Harding Richards Lawyers with Paul Harding in 2003.

Jason also heads the family law team and has considerable experience in all areas of family law and throughout all stages of the process from advising clients to negotiating settlement to court proceedings.  Jason has been involved in a number of cases that are extremely complex involving companies, businesses, trusts, commercial and residential property, shareholding portfolios and cash in the bank.  Jason’s knowledge and ability has seen this side of the firm grow considerably through referrals which is a testament to him and the rest of the family law team. 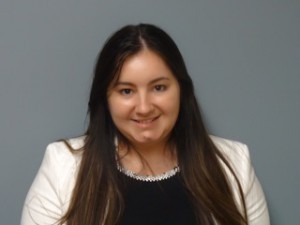 Alice graduated from Griffith University in 2012 with a Bachelor of Laws and Criminology. Alice completed her Diploma in Legal Practice with Queensland University of Technology in 2013 before being admitted as a solicitor in the Supreme Court of Queensland in February 2014. Alice was admitted to the High Court in May 2015.

Alice joined the team at Harding Richards Lawyers in February 2015 and brings with her a youthfully energetic and committed attitude to HRL. Alice has a passion for commercial law and since joining the HRL team has strongly developed her skills and knowledge in all aspects of buying and selling commercial property and leasing and has been involved in a number of high profile property transactions.

Harding Richards’ partners and staff have a wealth of experience in various areas of the law including commercial, leasing and retail property, family law, litigation, asset planning, wills and estates and conveyancing.

We are dedicated and hard working. Our client’s needs are our primary focus.